So last Friday night, the opening night of the Crossroads exhibit was at RGB Lounge in Chicago.
This was something I’ve been collaborating on  for the past few months.
Maria Scileppi was the mastermind behind it all.
On Black Friday, she tracked a group of about 40 people as they moved about the city.
With the resulting data, she plotted out everyones’ movements over the course of the day.
It was awesome to see how peoples’ tracks crossed. 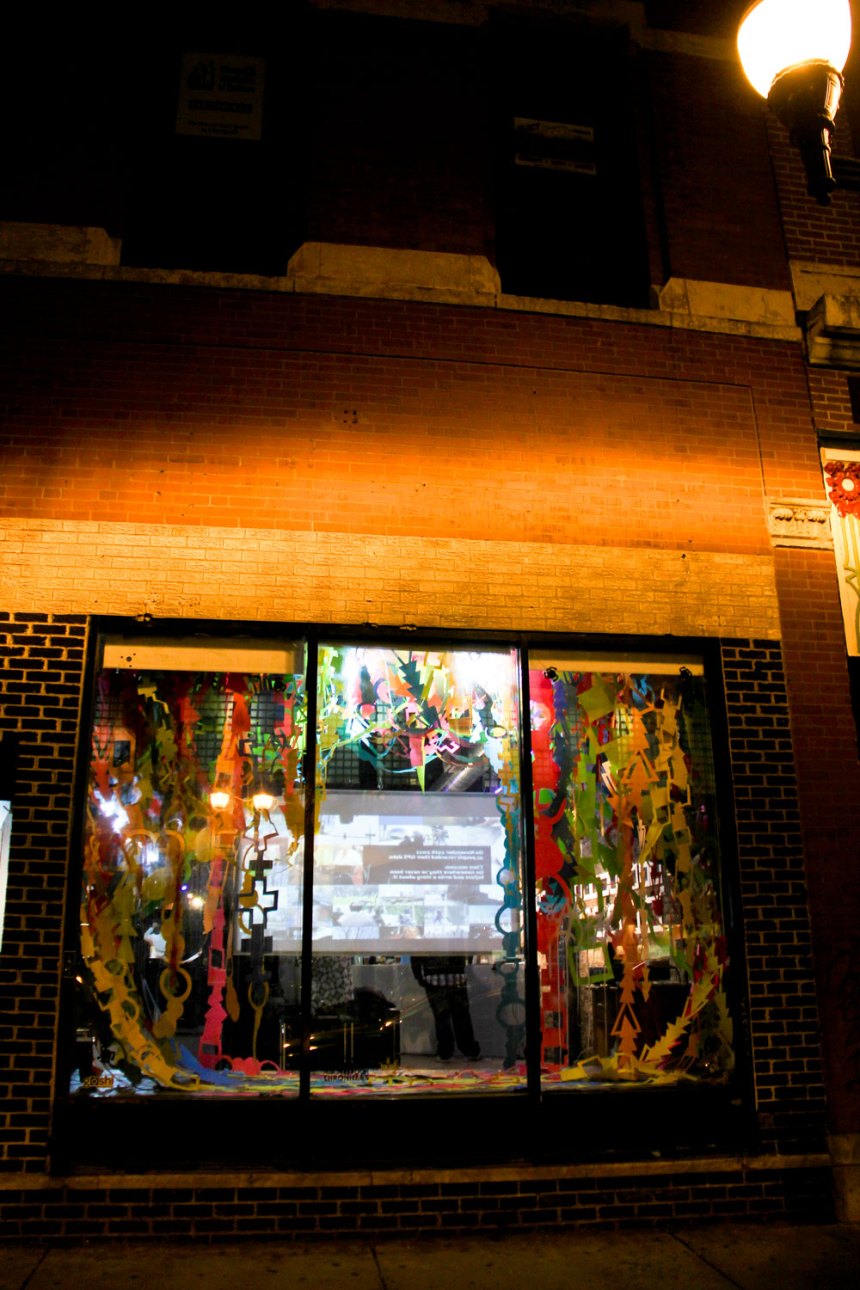 Here’s the window display for the show that night that I was in charge of:
Hundreds and hundreds of paper chains that represented the data tracks.
It was so fun and made me feel so young!
I also photographed all the participants, and over-layed their data on top of their portraits.
Working on this project was so fun- it felt very alive. 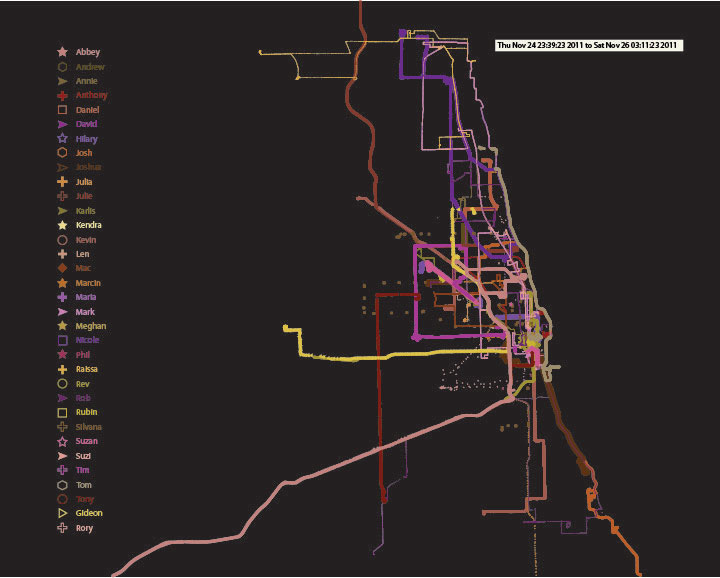 Here’s a sample of the data after it’s been all plotted out.
Pretty cool, huh? You can totally tell that’s Chicago! 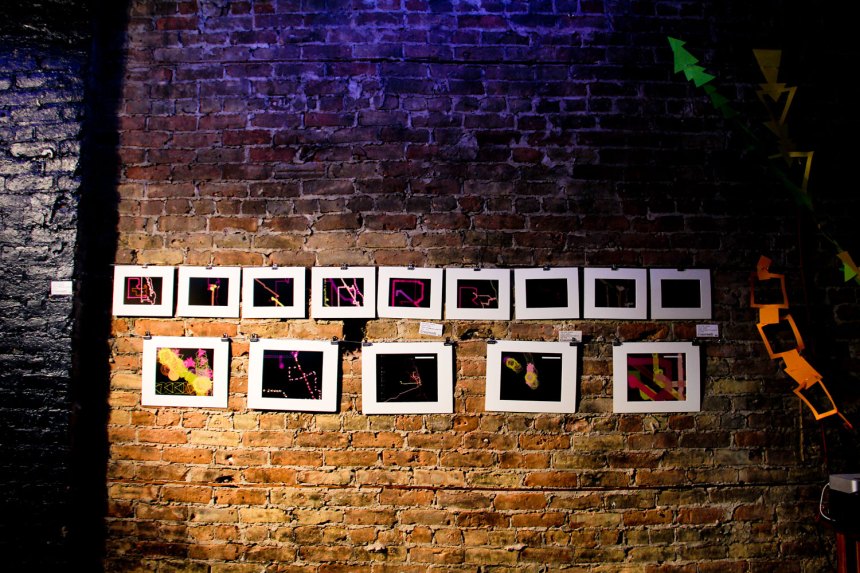 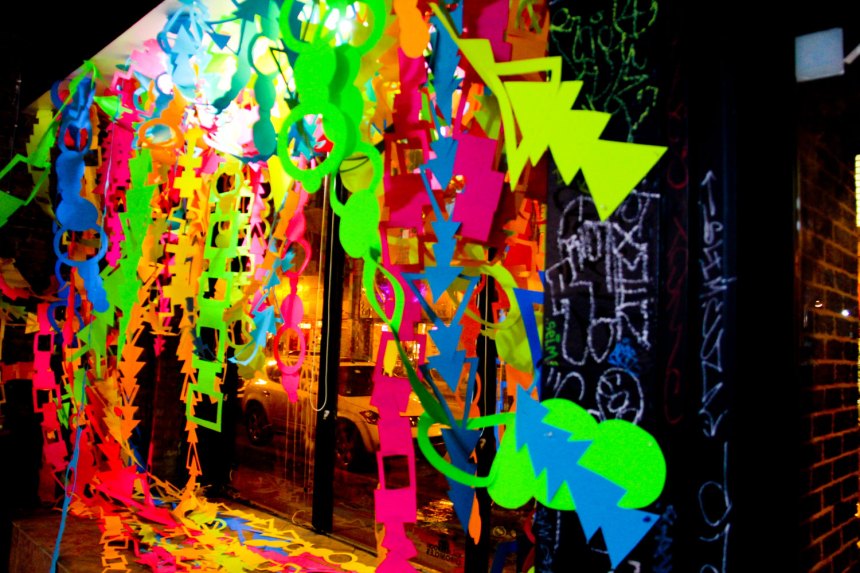 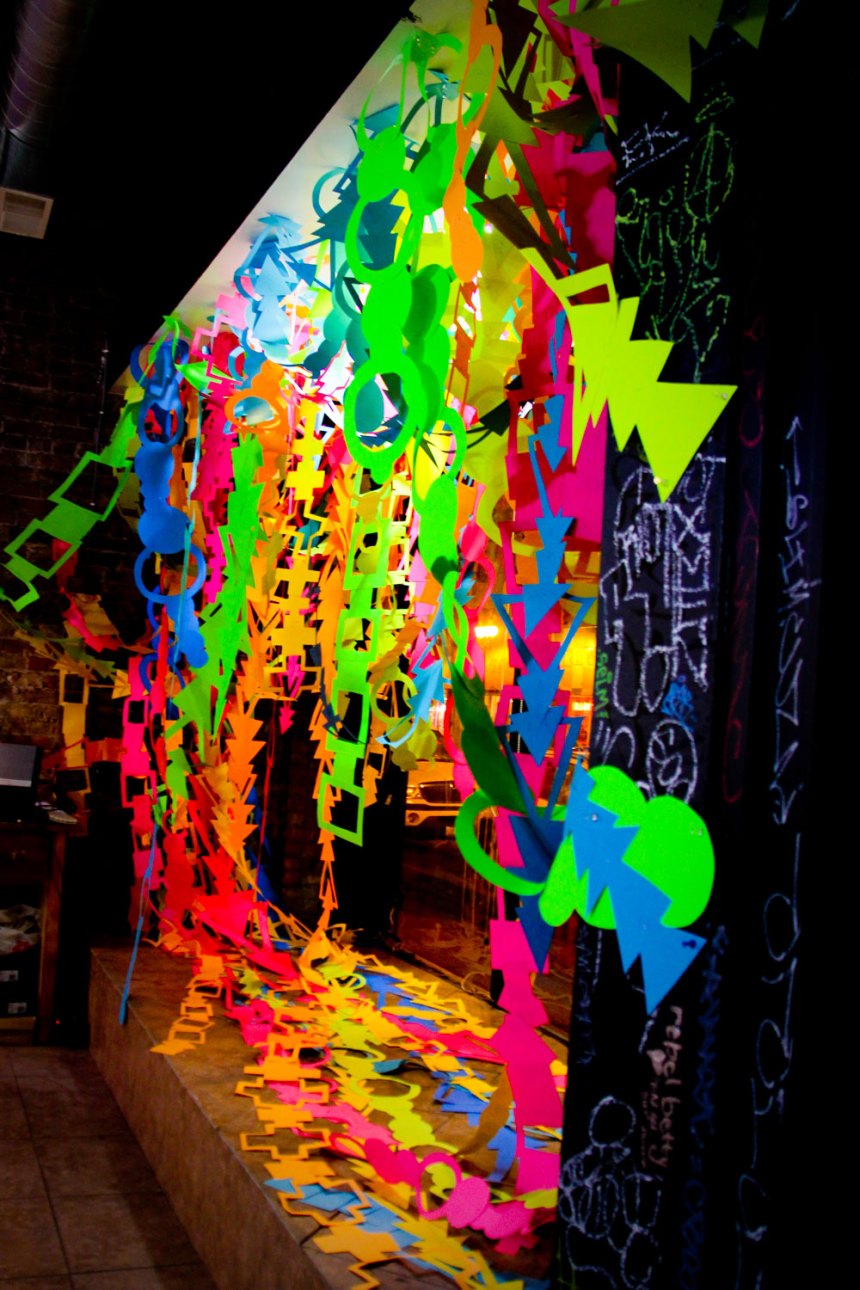 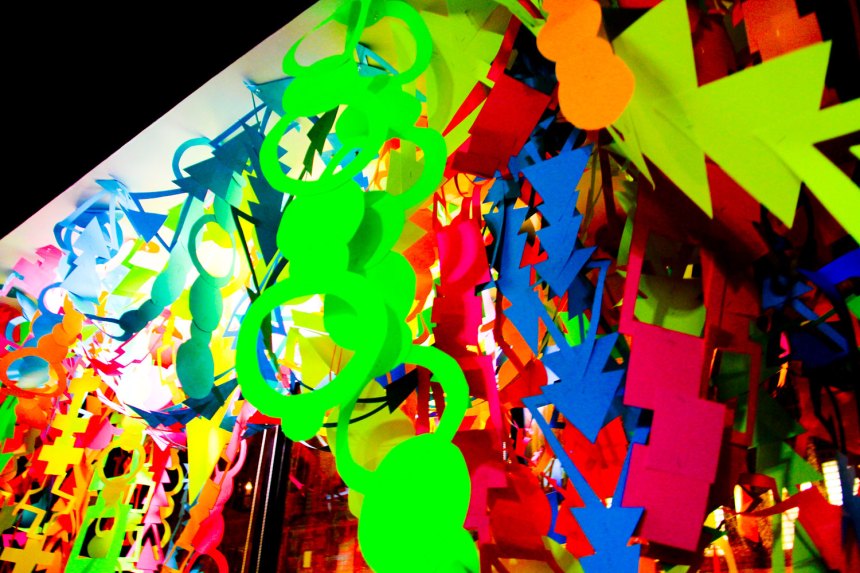 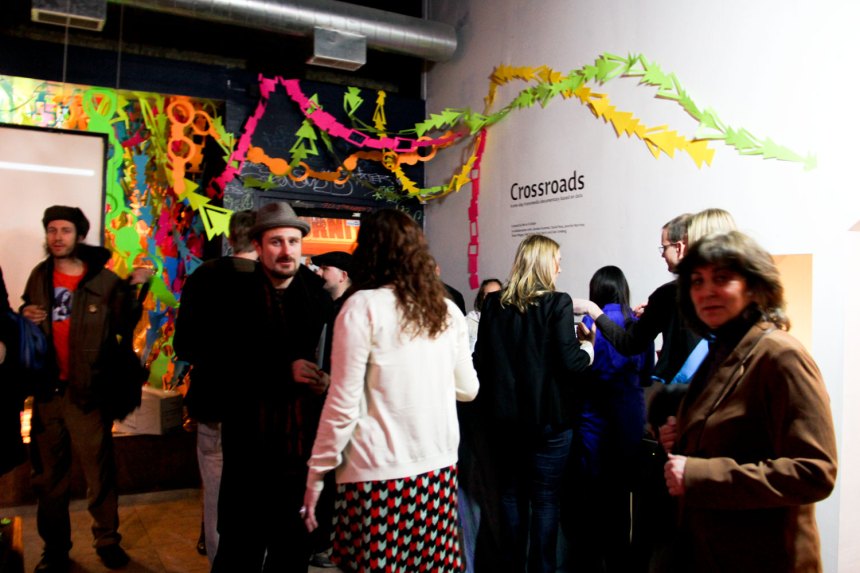 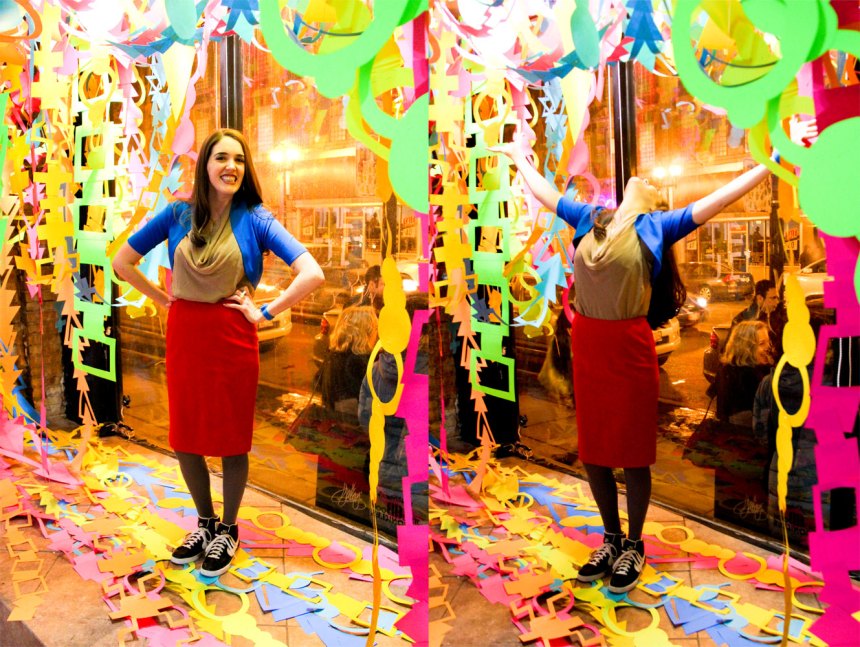 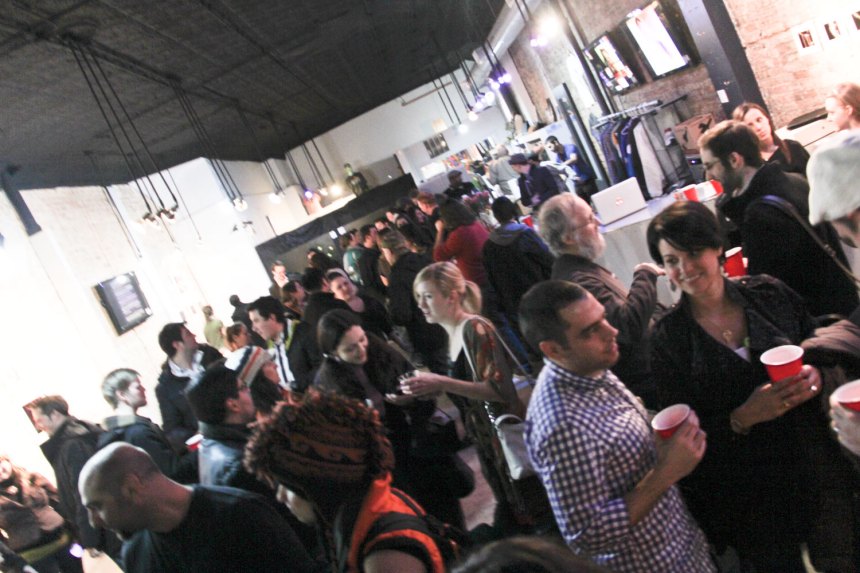 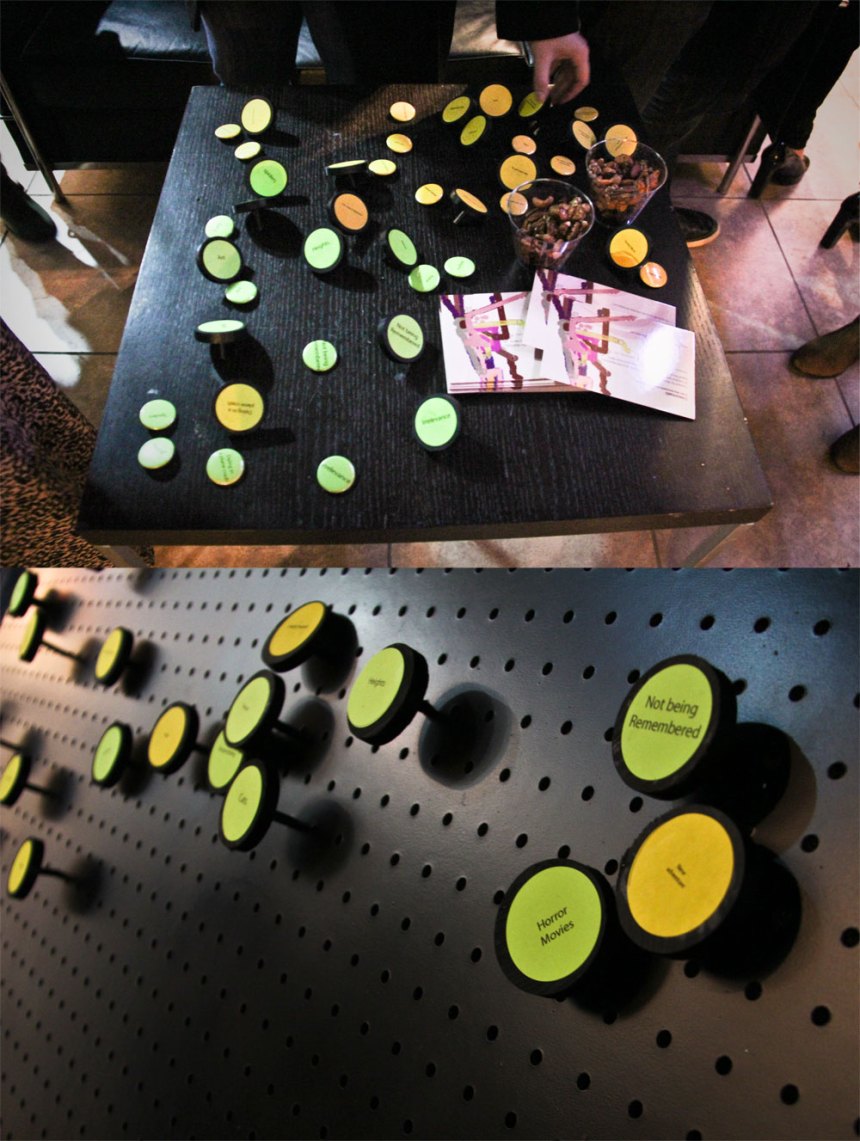 This was a social game we played at the show.
When people came in, they had to answer what their fear or desire was.
Then their answer was made into a button that they wore all night and a peg to be put up on the wall.
It was really interesting to see which question people answered and what their answer was.
(I went with what my fear is… rebar. That stuff scares the heck out of me!) 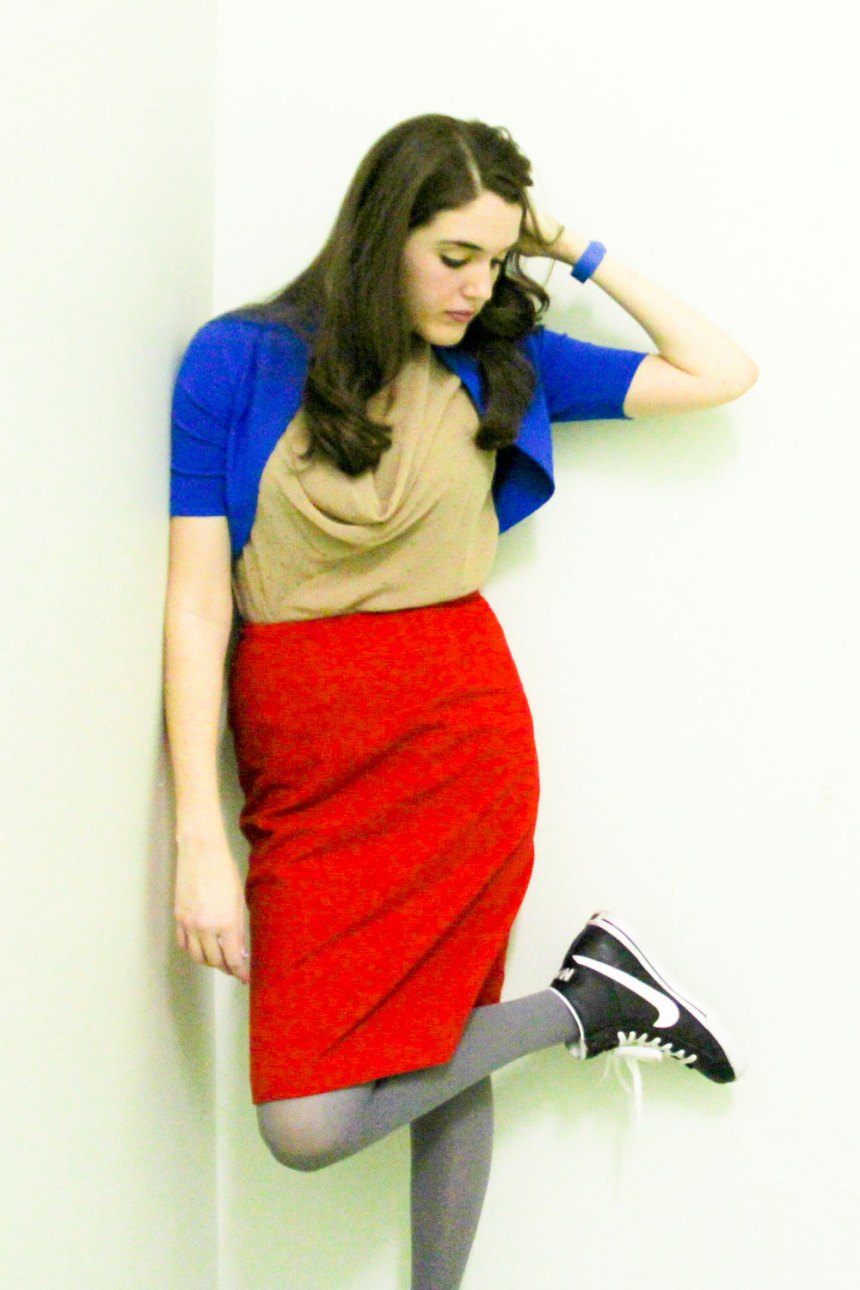 Pictured above is the outfit I wore to the opening.
I think I was channeling my inner Wonder Woman with the red and blue.
Check out my nails!
I did that with Sally Hansen nail polish strips.
I really love them!