Honolulu turned out to be a lot different than I thought it would be. It’s a big city with a lot of cars, traffic, and people. I should have known since it is the hub of the islands. Wikipedia told me that Honolulu is the most remote city of its size in the world!

The first few nights, we stayed right on Waikiki. It was beautiful and touristy. After waking up to the sunrise on the beach, it was time for some macadamia nut pancakes at Eggs ‘n Things. Then we were off to burn those buttery calories on a hike to Manoa Falls (which happened to be more of a trickle that day). The hike itself was quite impressive. Huge old growth trees and gorgeous root formations made for a very entertaining jaunt. Next we raced off to Diamond Head. What we failed to realize is that the trail is closes a few hours before the sun goes down. This is a safety precaution to be sure, but a let down none the less.

The next day, we did a whale watching tour on a giant catamaran. There was a little activity off the coast and I was so delighted to see those guys swimming around. I figured we couldn’t go to Hawaii for the first time without seeing Pearl Harbor. It’s no surprise that I got us lost on a restricted military base on the way out there, but Eamon soon corrected the course. The site was sobering. Oil is still leaking from the USS Arizona. The streaks on the water’s surface continue to tell the sad story that lies below. 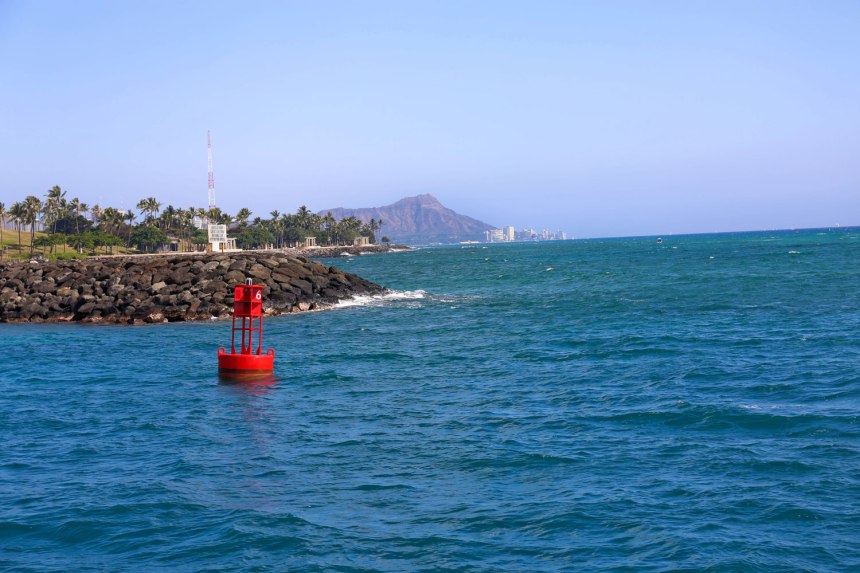 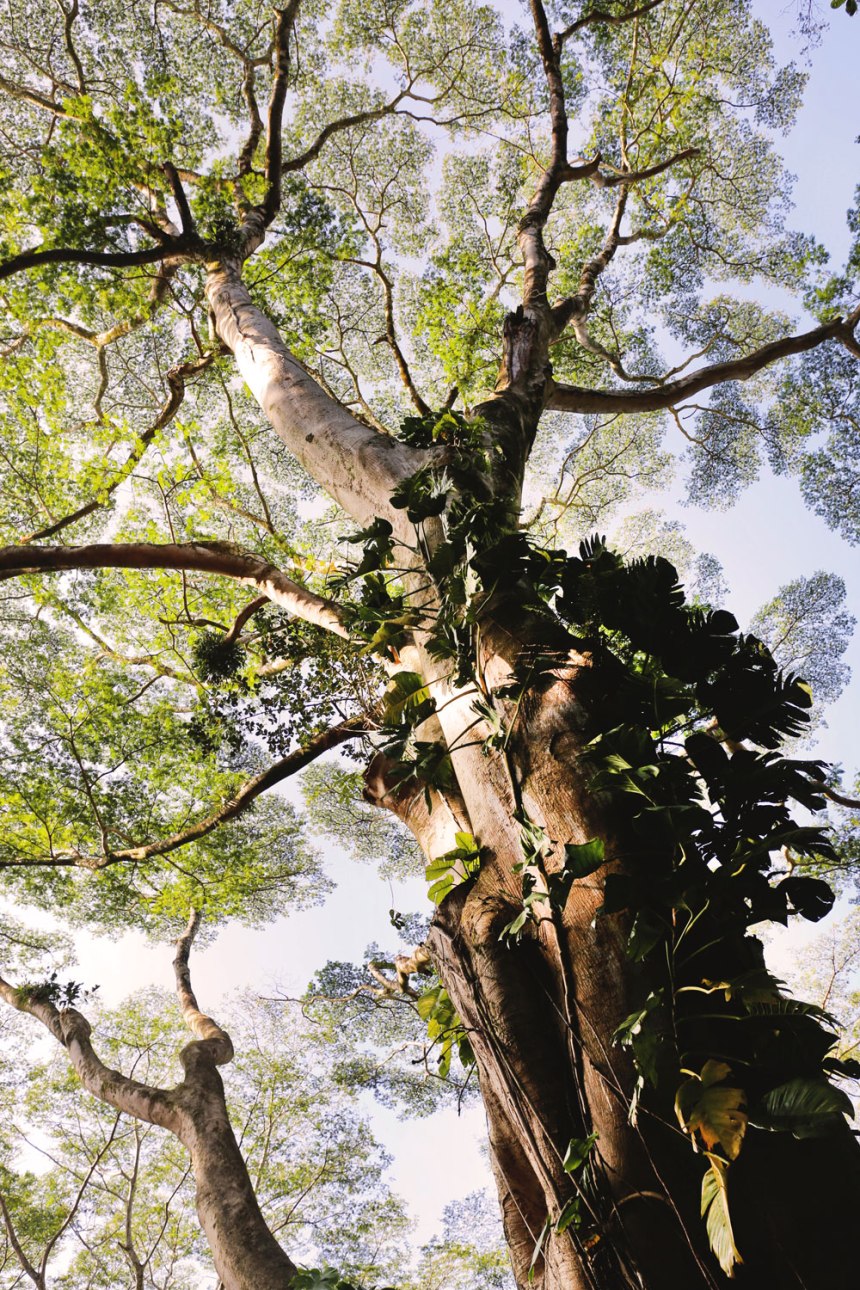 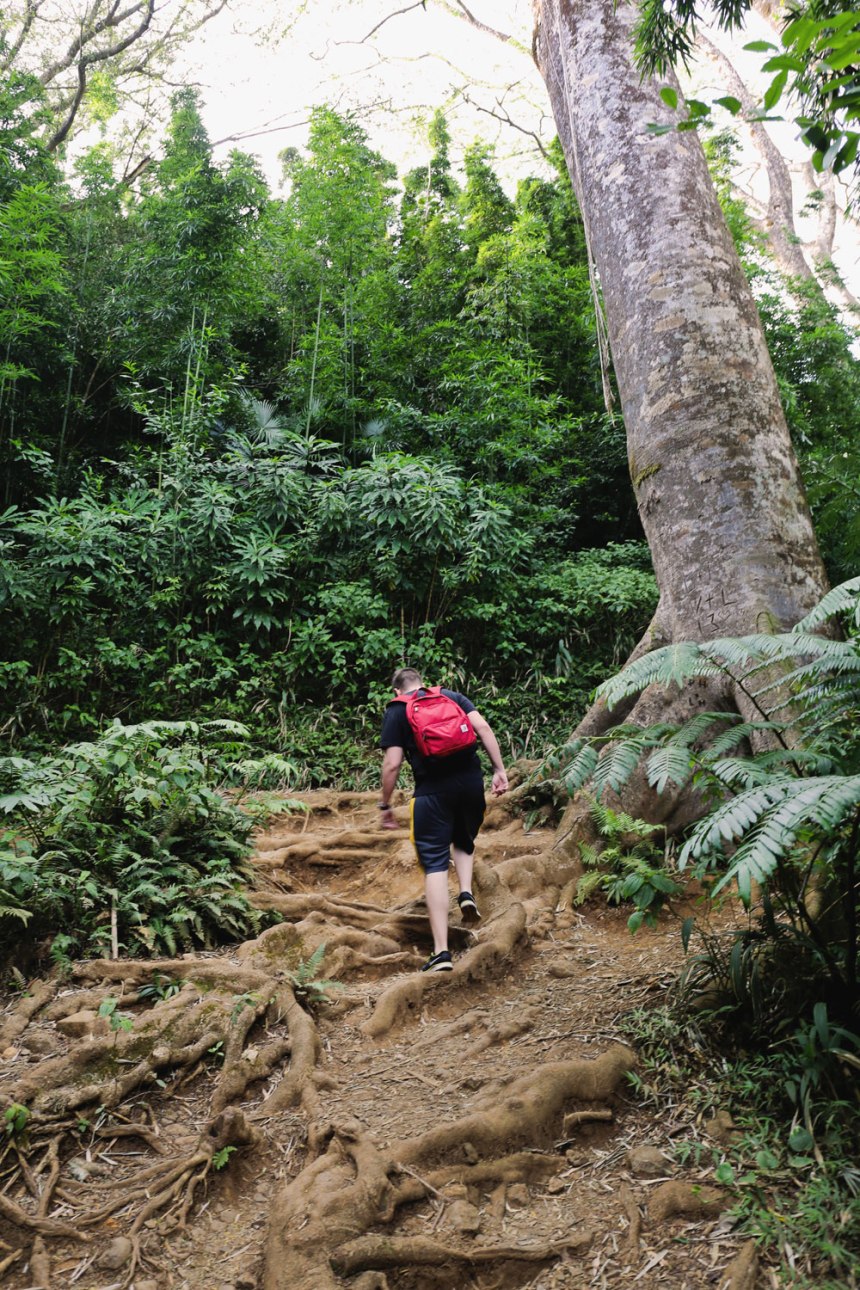 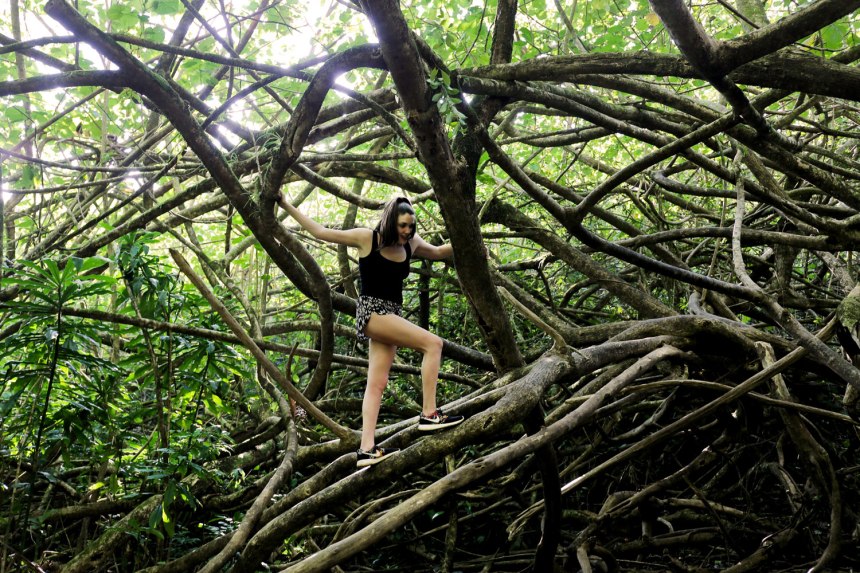 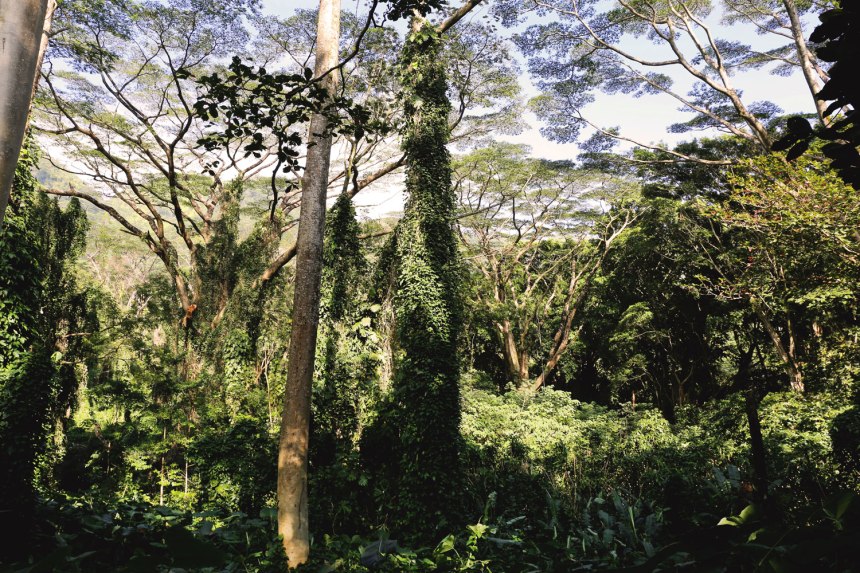 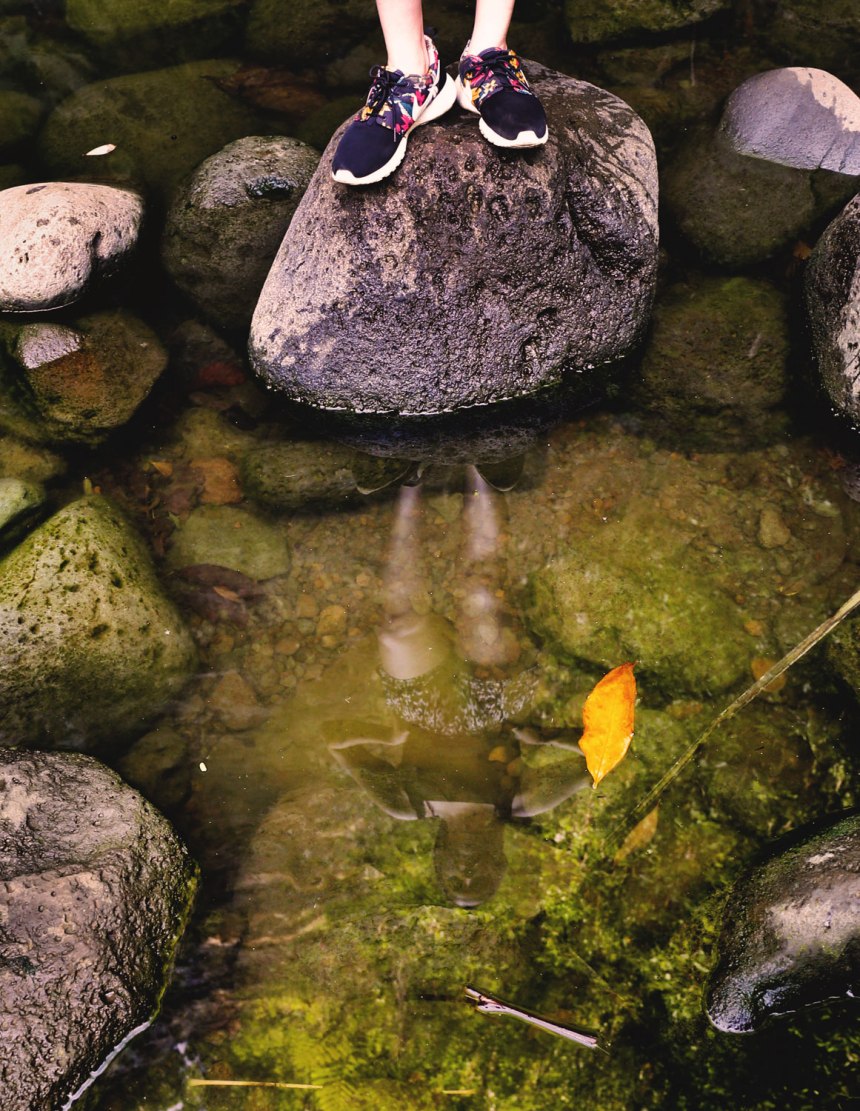 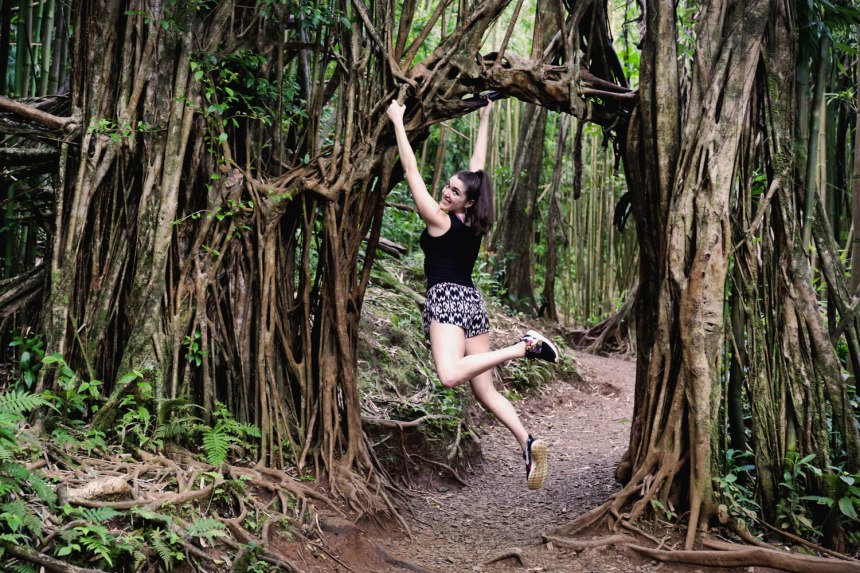 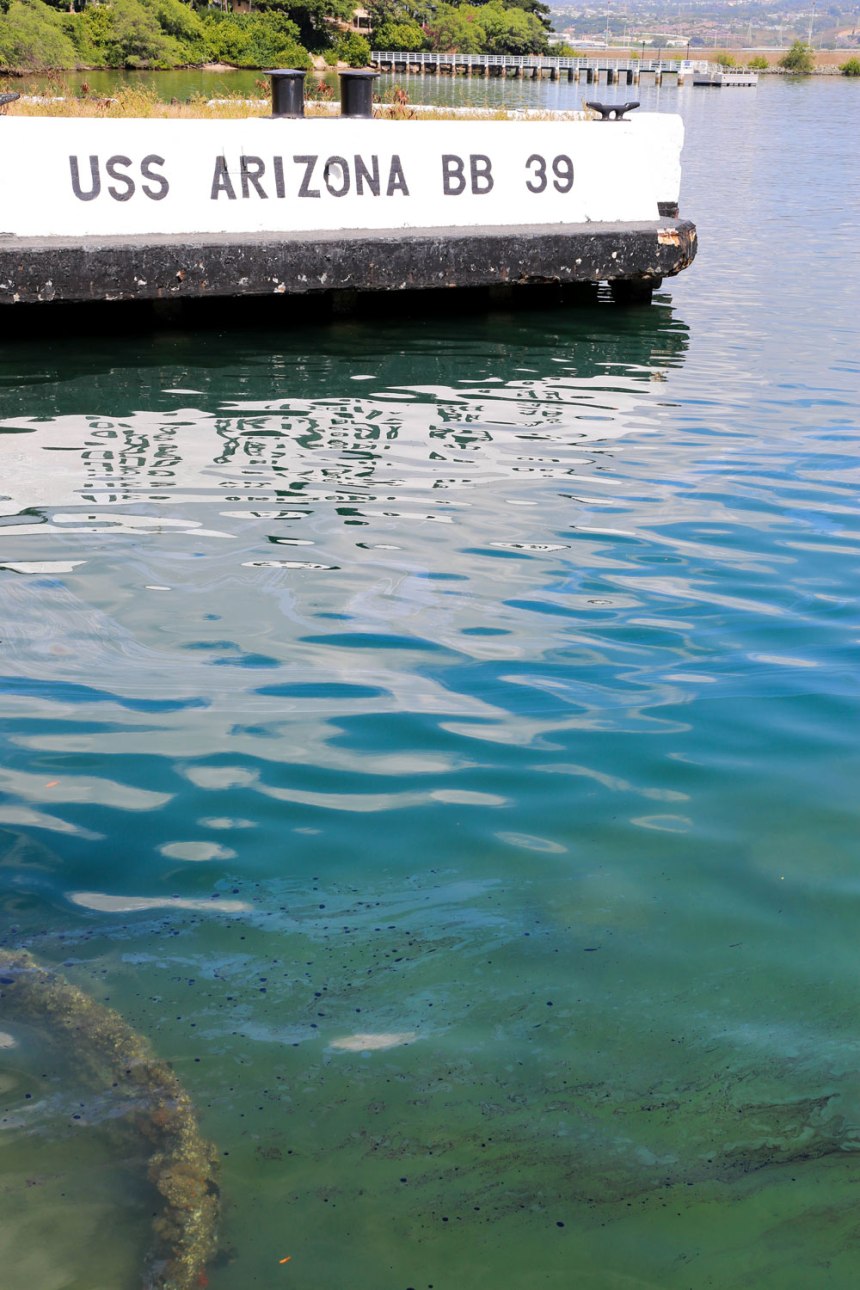