For many years, the Swedish, female talent (whose works are on display at the Guggenheim in New York at this very moment) was unknown to most of the art world. It wasn’t until the 1980s, almost 40 years after her death, that she became internationally known. Hilma af Klint, it turns out, was among the first of the abstract artists, predating many of the men who we believed to have sparked the movement (yes, that even includes you, Kandinsky).

She received training at the Academy of Fine Arts in Stockholm during the 1880s. Botany and mathematics were among her interests. Looking back, it’s easy to see how those particular obsessions later influenced her work.

At the beginning of her career, she was known for painting landscapes and botanical diagrams, earning a decent living for a female at that time. However, after the passing of her sister, Klint became fascinated with the afterlife and the spiritual realm. Spiritism eventually consumed her thoughts and began playing out across her canvas. Finally, in 1906, Klint began her first series of abstract paintings, entitled Temple. This collection, comprised of 193 pieces, was the space she needed to create her own visual language.

Below you’ll see a few images of The Ten Largest, a sub-series within Temple depicting the journey from youth to old age. It’s believed they date back to 1907, wholly unlike any other pieces before them. 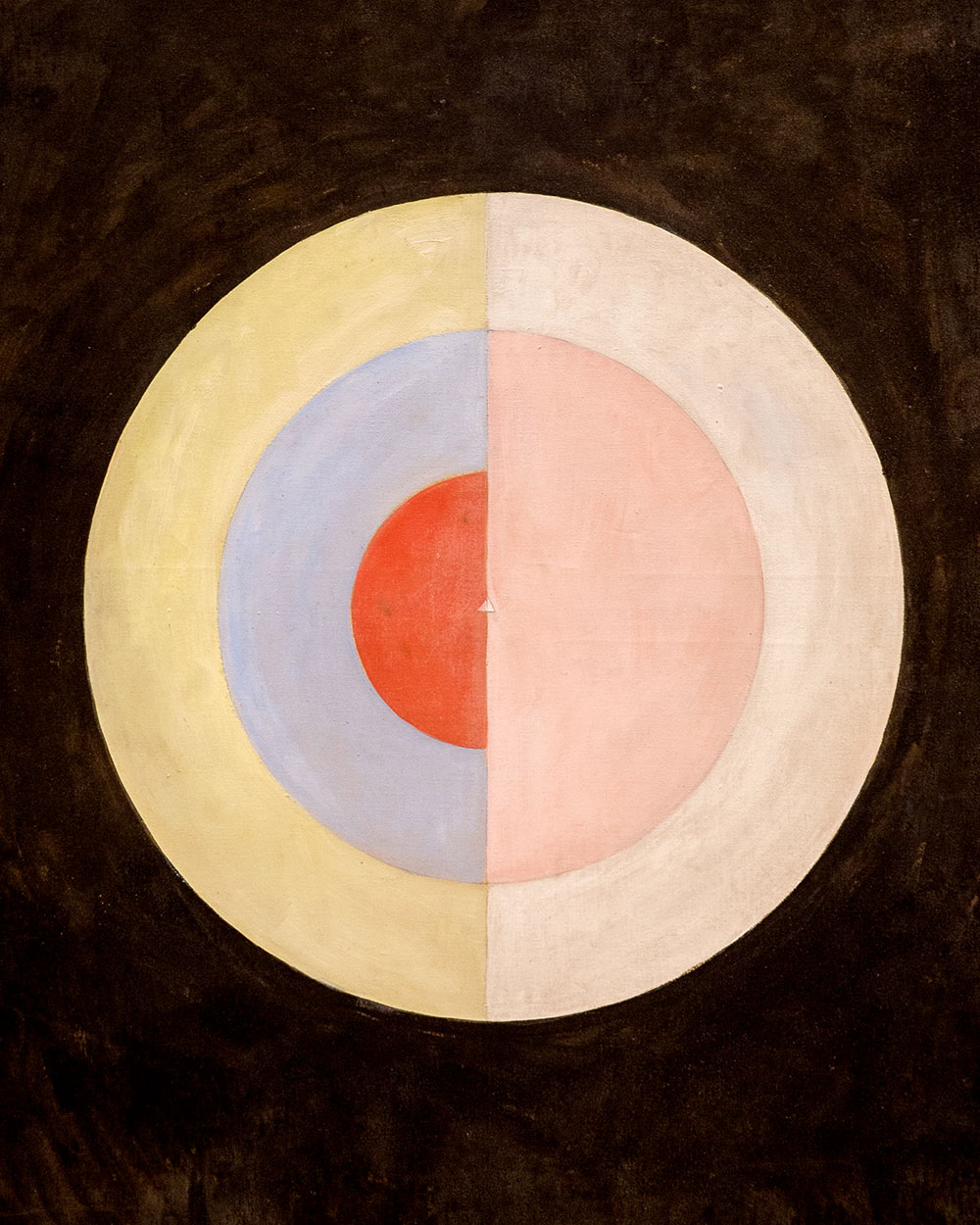 What is so thoroughly interesting about Hilma af Klint, is that she never showed her work to her contemporaries. She felt motivated to keep her paintings mostly private, fearing no one would understand the foundation of Theosophy her pieces were based upon. What she created was for herself and an audience in the future.

Klint left her life’s work to her nephew with strict instructions that the collection was to remain a well-kept secret until 20 years after her death. As the archives were opened the 1960s, no one knew what to expect and honestly, no one seemed interested. That is until art historian, Åke Fant, began showing her work in the 80s, gaining recognition for Klint.

The exhibit currently showing at the Guggenheim, is the first solo show for the artist in the U.S. I implore you, if you are able to go, GO. You will not want to miss this in-depth perspective of a woman who beat so many to the wonderful world of the abstract.

For all you shoe lovers, take a moment as these Air Force Ones get a bit of the Klint treatment. After all, what could be better than a sweet set of kicks at a full FORCE female art show?

5 replies to Not All Art Shows Are Curated Equal. That’s Why You Have to Check Out The Hilma af Klint Exhibit at The Guggenheim.