Reykjavík is the capital and largest city of Iceland. It’s colorful and quirky. There’s a diverse range of architecture and art. Splashes of color highlight the streets. And it’s the jumping off point for most who travel into the country.

I spent the day walking around, taking it all in. I loved that there wasn’t a Starbucks or McDonalds in sight. This city has its own things going on. Here are a few of my favorite points of interest:

Harpa, completed in 2011, is a concert hall and conference center. The glass panes are a nod to the basalt columns that dot the countries unique hillsides. The way the light hit certain panels in the sunshine reminded me of the children’s book, The Rainbow Fish. Scroll down to see how these panels play of darkness and light inside the structure.

It’s believed that Reykjavík was established by the Norsemen as far back as AD 870. In English, Reykjavík translates to Smoke Cove–inspired by the many thermal springs.

Atop Arnarhóll is a hill, sits a statue of Ingólfur Arnarson (seen above), according to legend, he is considered to be one of the founders of the country and is hailed the Father of Iceland.

The mural above was painted by Canadian artist Li-Hill. He was inspired by the song ‘Pale Green Ghosts’ by John Grant and an old Icelandic ghost story about a man who fell to death before meeting up with his beloved at a Christmas party. Despite being dead, he still picked her up at the arranged time, hiding his fatal injury with a scarf. In the moonlight, she caught a glimpse of his wounds. When they arrived at their destination, she saw the open grave and realized he intended on bringing her with him into the afterlife. She fled, and he only was able to pull her coat into his grave along with him. Spooky! 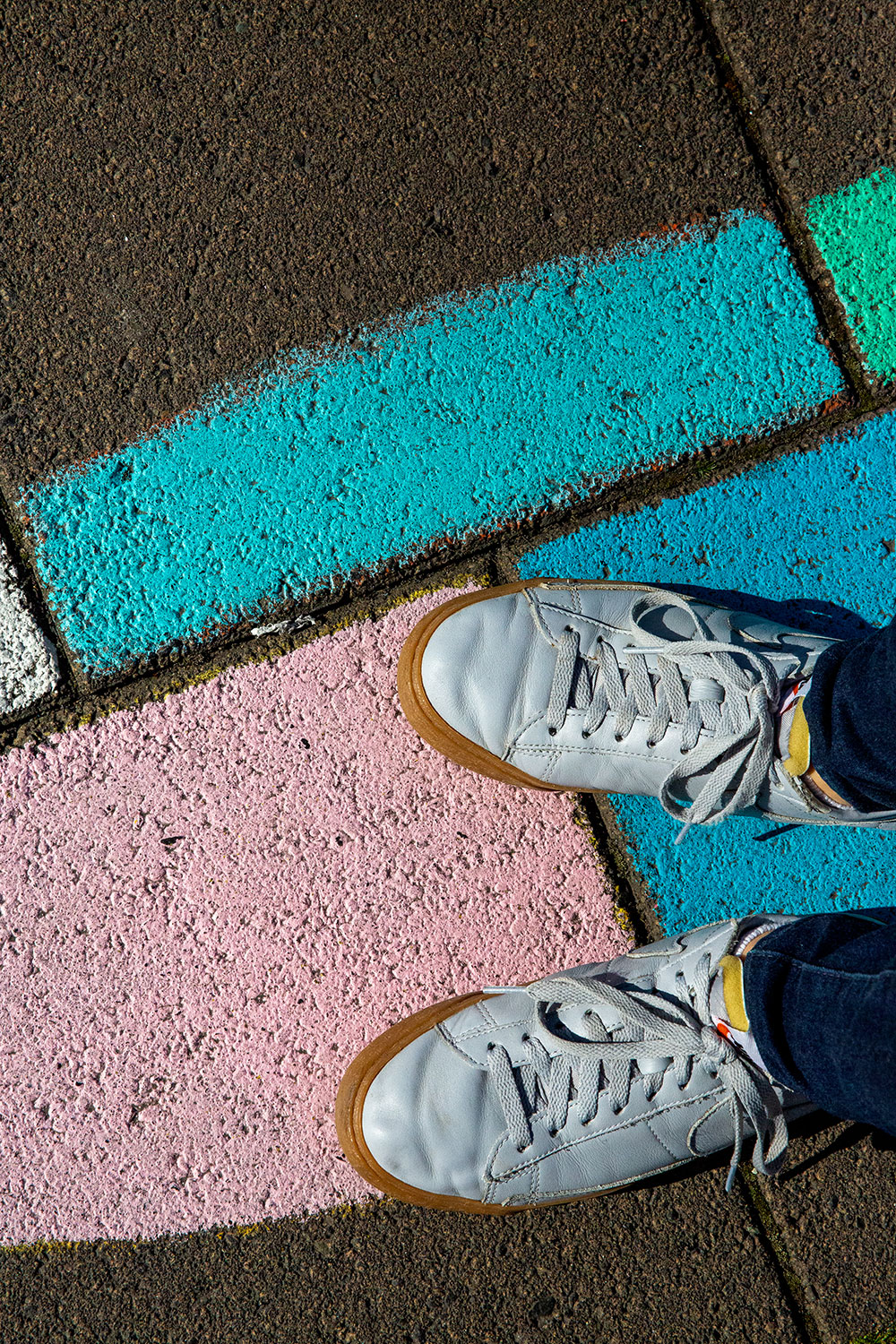 Rainbows are a common sighting all over Iceland. Painted on the streets, sparkling in the sky, and dancing from flagpoles in the wind.

One of the most iconic buildings in Reykjavík is Hallgrímskirkja, is a Lutheran Church that was commissioned in 1945. This great work of Scandinavian Brutalism took 41 years to complete. That’s right, it wasn’t finished until 1986. The stark concrete structures adorning the facade of the building are meant to symbolize the landscape of the countryside. 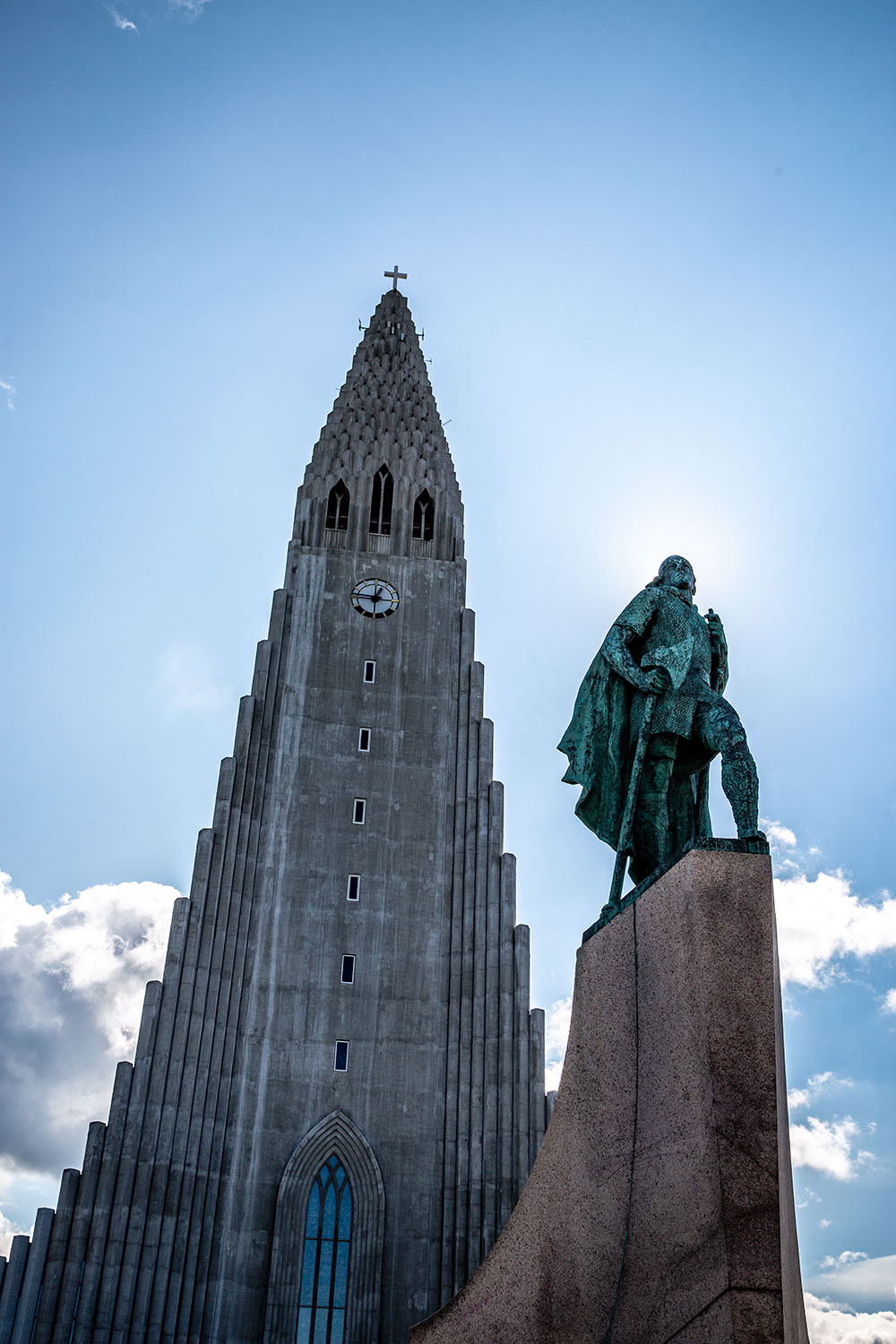 A Statue of Leif Eiriksson sits outside the church. He is quite important in the history books of the Icelandic people. Born in 970, he was the first European to set foot in North America, modern day Newfoundland to be exact.

Don’t miss this brightly colored bakery, Braud & Co. Inside, you can watch as the cinnamon rolls are baked behind a glass wall. 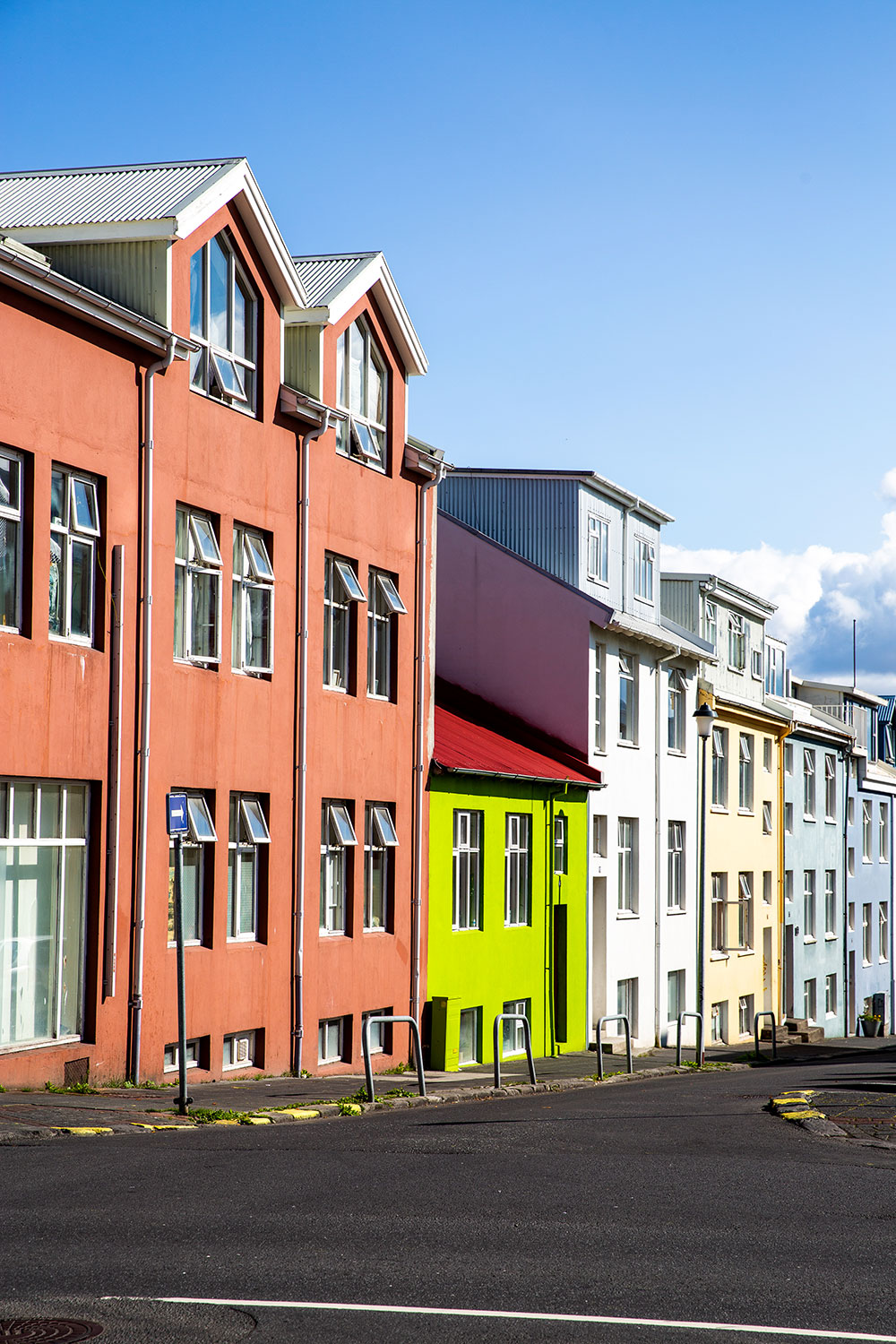 Viewing Reykjavík from a distance, it seems shockingly small. However, when you consider that only 360,390 live in Iceland alone, you realize this is quite a large city.