I recently visited the Escher: The Exhibition and Experience at Industry City in Brooklyn. This fantastic show includes over 200 original works by the artist along with interactive displays where you can become a part of the art. If you’re unfamiliar with the name M. C. Escher, perhaps you’ve seen some of his works. The Dutch artist is most well known for his experiments with Tessellation and Surrealism.

The image below, Sky and Water I, is an intricate illustration of tessellation, pushing the boundaries of realistic and geometric shapes as they play against negative space. 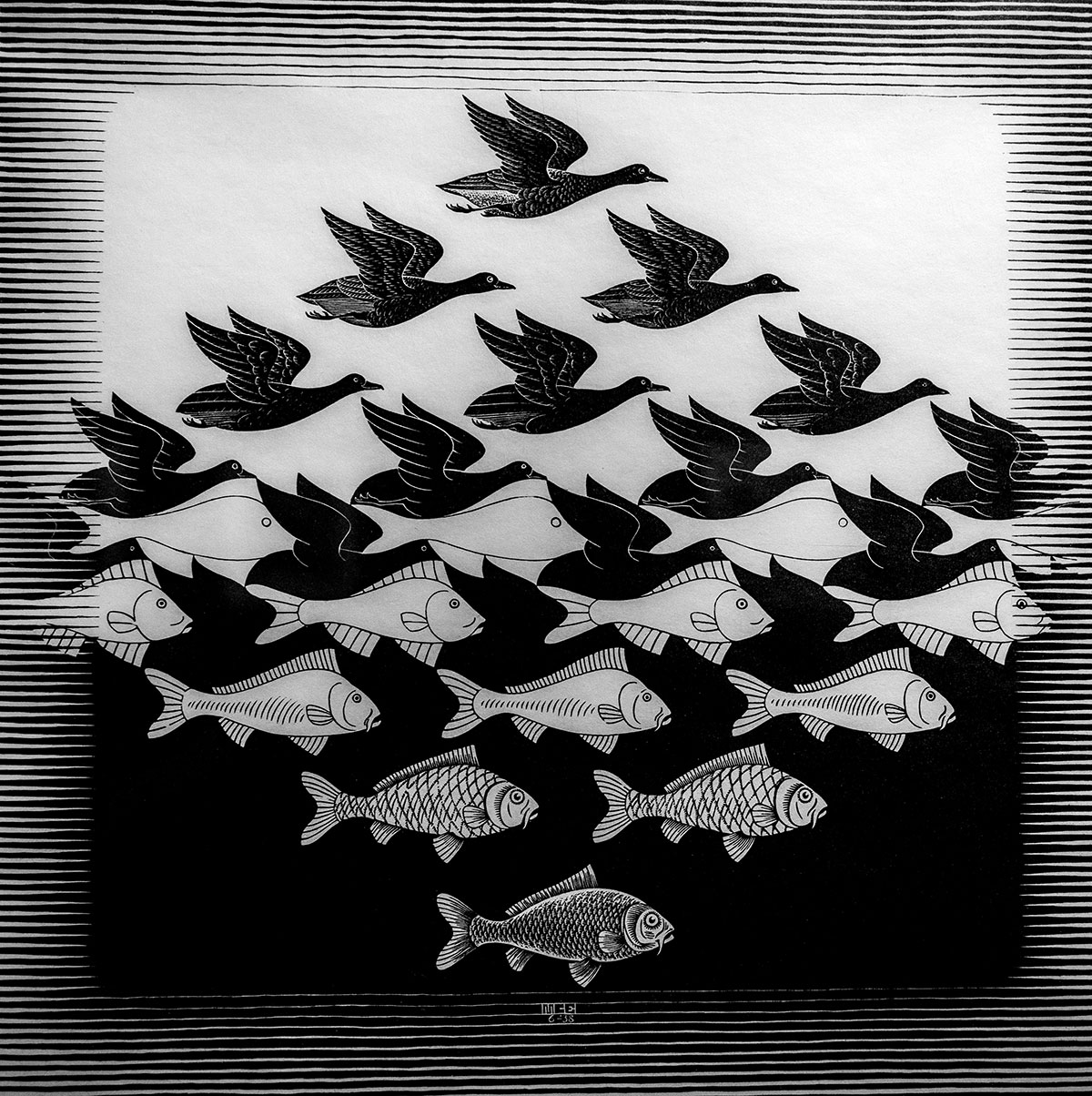 It’s easy to see the mathematical influence that guided much of Escher’s work. However, he didn’t begin playing with geometric tricks until visiting Spain and experiencing Moorish design firsthand. The tiling work of the Alhambra and the Mezquita of Cordoba mesmerized the young artist, forcing him to see the world playing out in different, interacting planes. Encompassed in the the graphic pieces he is most known for are reflections, the idea of infinity, and perspective loops.

Below is a beautiful example of Escher’s highly observational early work. During his travel in the early 1920s, he focused on architecture and landscapes. 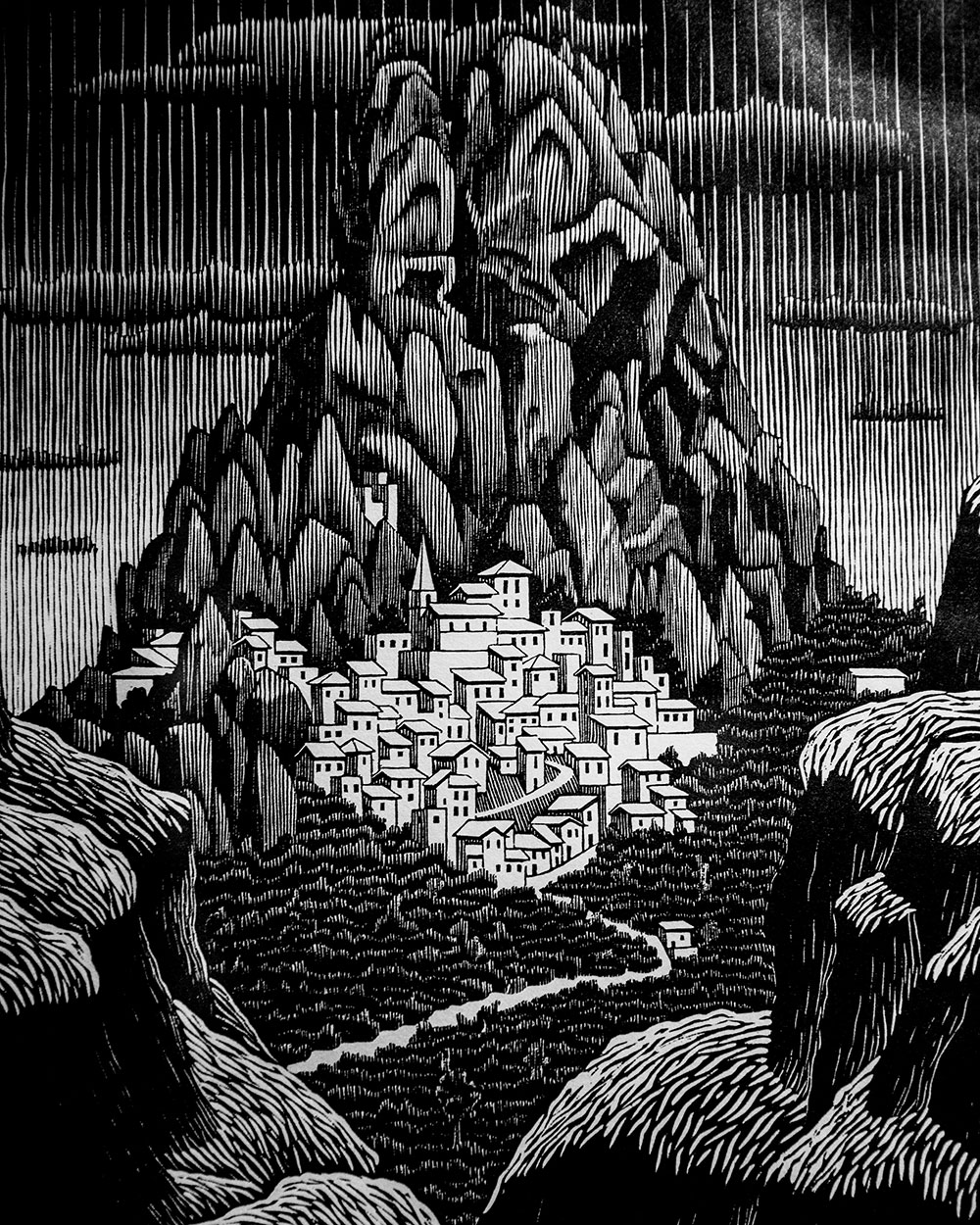 One of my favorite pieces pictured below: Bond of Union (1956), plays with Surrealism and perspective. 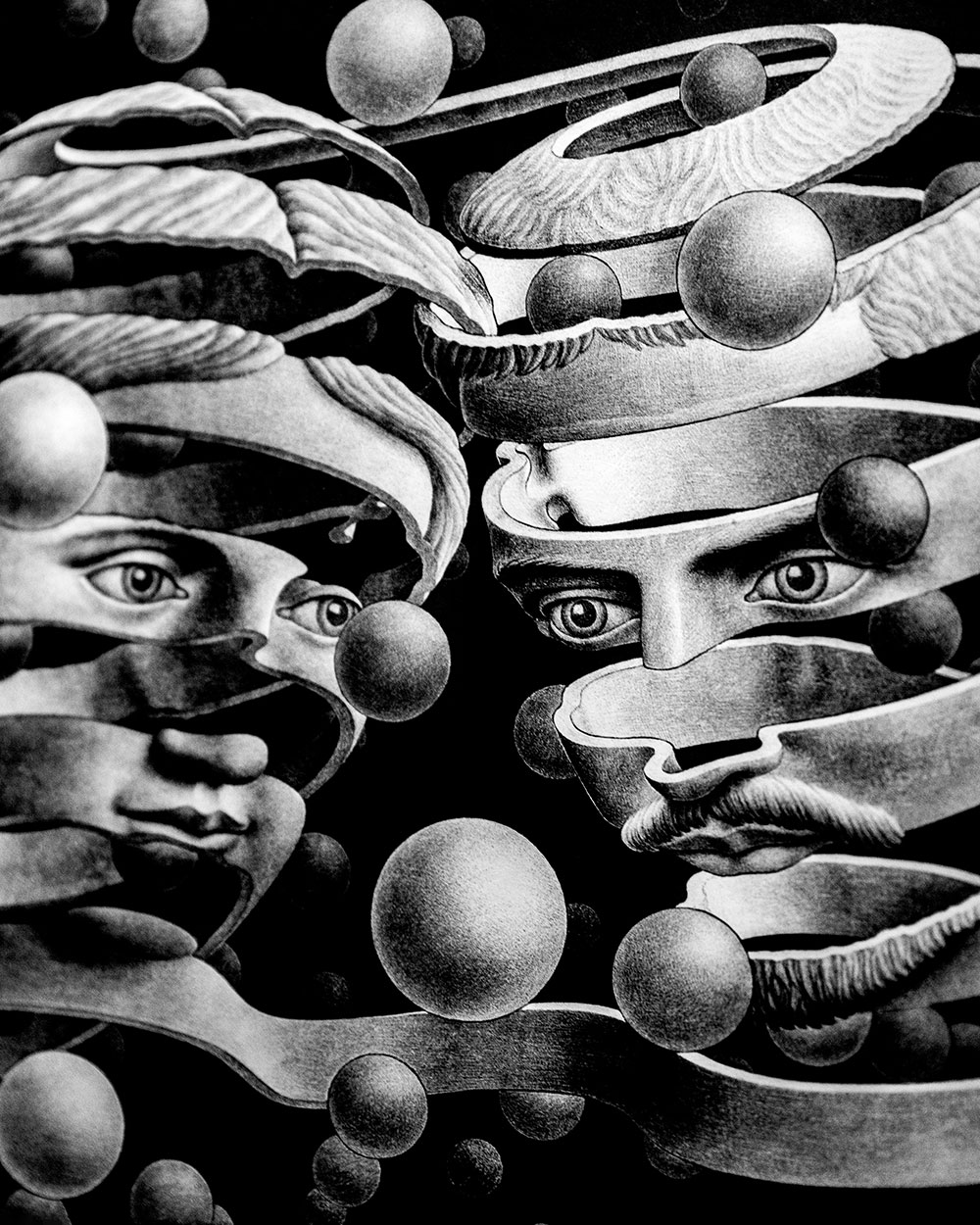 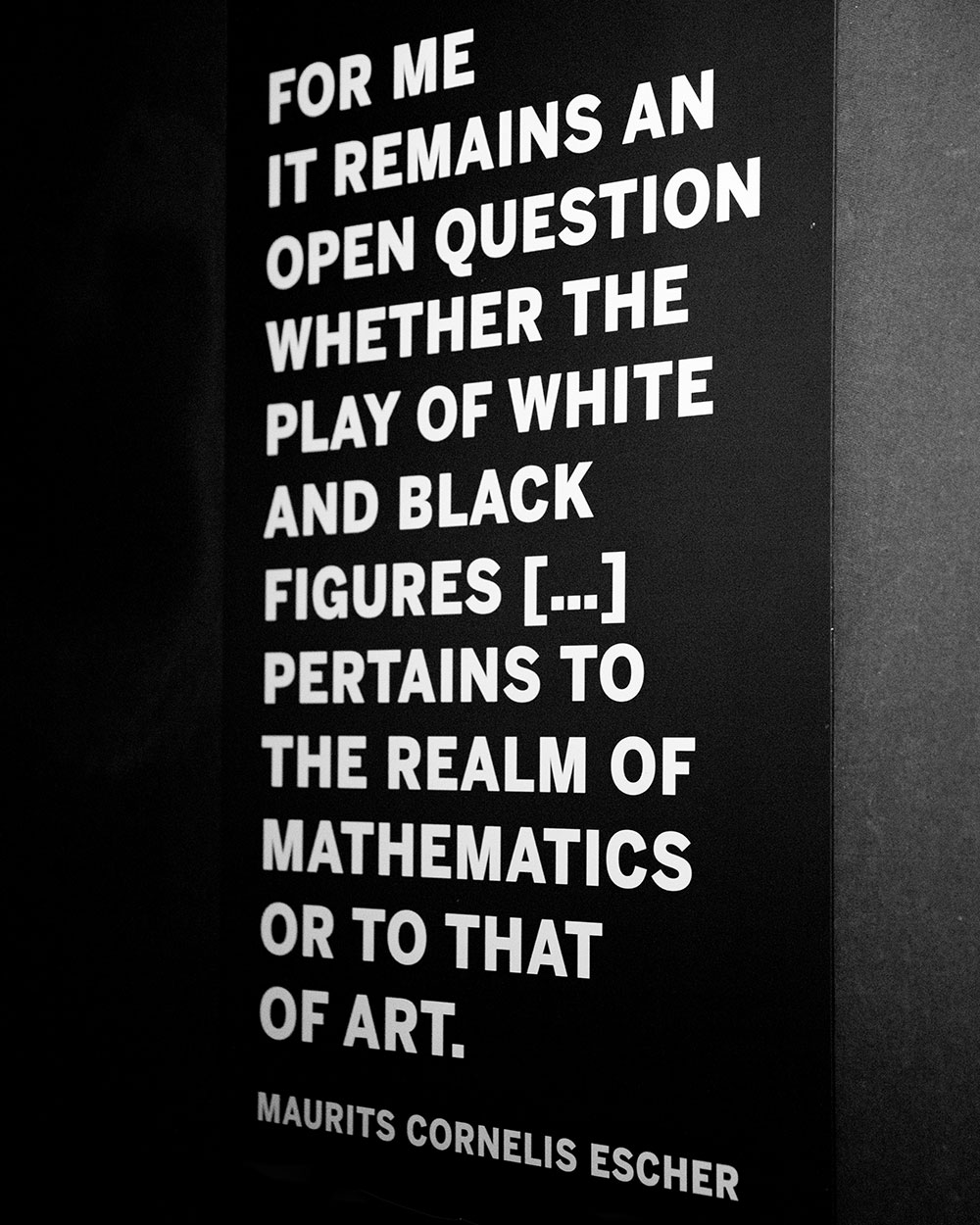 “Mathematicians have opened the gate leading to an extensive domain.” – M. C. Escher

As beloved as Escher is today, he was not so readily accepted in the art world during his life. Many critics found his work too mathematical. However, the conceptual nature of his work are exactly what drew so many people to his pieces–making him a well known pop culture icon.

6 replies to Have Your Very Own Escher Experience